Structural steel components are unsung heroes in the industry.

They only have one job to do, and it isn’t flashy. But that one job—supporting critical assets or structures—is vitally important.

The role of structural steel primers

Primers serve two purposes when applied to structural steel: Protect against the effects of environmental exposure and provide a better surface to which a topcoat can cling.

Because steel is made mostly of iron, it corrodes in the presence of oxygen. Even the most benign, controlled interior service environments can be corrosive. To prevent that corrosion, owners have two choices: Apply protective coatings to structural steel or choose structural material made of rare and costly superalloys. The former is obviously the better choice for keeping costs down.

Learn all you need to know about corrosion protection by reading SSPC’s in-depth Corrosion and Coatings publication.

While corrosion protection is the more important role structural steel primers play, they also provide a better surface for topcoat application. Reasons for choosing a topcoat can vary. It might be to add even more corrosion protection or it could be for aesthetics only. In any case, topcoats last much longer when applied over primers. That’s because primers fill in surface defects that might otherwise compromise topcoat adhesion.

We should state right away that there are no hard and fast rules asset owners must follow when choosing a structural steel primer—or whether they decide to use one at all. It’s a game of tradeoffs accounting for variables like cost, surface preparation, service environment and expected service lifetime.

Seawater is the most popular example, but in any environment where stagnant moisture and electrolytes can interact with steel, corrosion is virtually certain. Zinc primers intentionally create a dissimilar metal relationship that provides cathodic protection to the steel. Because zinc corrodes preferentially to steel, zinc powder is added to primers. The corrosion of that zinc protects the steel beneath it. It’s the same principal as attaching sacrificial anodes to ship hulls or other marine structures.

Organic zinc primers use conventional binders like epoxies, polyurethanes or alkyds. These are the most popular zinc primer type because they’re more easily applied in both shop and field settings. They’re also commonly field-applied to touch up inorganic zinc coatings that have failed.

Inorganic zinc primers rely on silicate binders instead of organic resins. While this provides better cathodic protection than organic zinc systems, they’re also more difficult to use. Their formulation is comparatively porous and more susceptible to mud cracking and dry spray, so they’re most commonly shop-applied to verify quality.

Epoxies, urethanes, polyurethanes and alkyds are recognized as conventional primers for use in commercial and some light industrial settings. Deciding among the alternatives comes down to service environment.

For example, epoxies tend to be harder once cured and are comparatively resistant to chemicals and solvents. However, epoxies degrade under UV radiation, so exterior use should be avoided unless the primer will be topcoated.

Urethanes and polyurethanes are most commonly selected as topcoats, but they can be formulated as primers with the addition of epoxy resins. These specialty primers can potentially save owners time and money by eliminating the need for multiple coats on structural steel not subject to frequent wear or abuse.

Learn more about how primers and other coatings work by reading SSPC’s Protective Coatings: Fundamentals of Chemistry and Corrosion.

Tradeoffs confront asset owners at every turn. Generally, the choice depends on how long an owner intends a coating system to last and how much they’re willing to spend.

For instance, owners interested in long-term asset protection often choose intense surface preparations. That’s because well-prepared surfaces reduce the risk of premature coating failure. And if an owner is willing to go to the expense of a more involved surface preparation, it’s worth a similar investment in a high-quality primer (and topcoat). It’s expensive up front, but the benefit is a coating system that remains intact for decades.

On the opposite end of the spectrum, owners hoping to incur as little up-front cost as possible are likely to choose a less stringent surface preparation. That decision would then guide them toward a cheaper primer, too, since less intense surface prep can increase the risk of premature failure. This route comes with a lower price tag but owners should expect to recoat the asset more frequently.

ding to their unique needs.

Your structural steel assets are too important to overlook. An individual or organizational SSPC membership provides owners with access to coatings resources and industry professionals who can help answer all their asset protection questions. 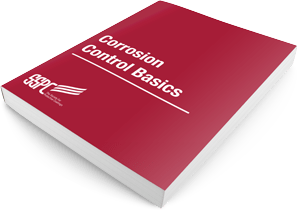